As promised yesterday, on International Women's Day (8 March 2020),  today’s scoop is a glimpse of our brand new publication 'Sharing minds, changing lives. 20 years of impact' in the form of the publication of the first article. This article is related to the theme 'gender equality' and tells you the story of Farida Mamad and Petra Foubert, two women who are passionate about law and share a great amount of idealism about using their knowledge to improve the fate of many women – particularly in Mozambique.

Mamad did not choose the path of least resistance. “Completing this PhD will be a statement against the suppression and underestimation of women in Mozambique: no one thinks that I will be able to do it.”

“Studying in Mozambique, is not something for women. At one point, I was told to ‘go and have children’. Education made me question everything that I had learned as a child. My life has changed. I hope people like me can open a window of hope to other people.” 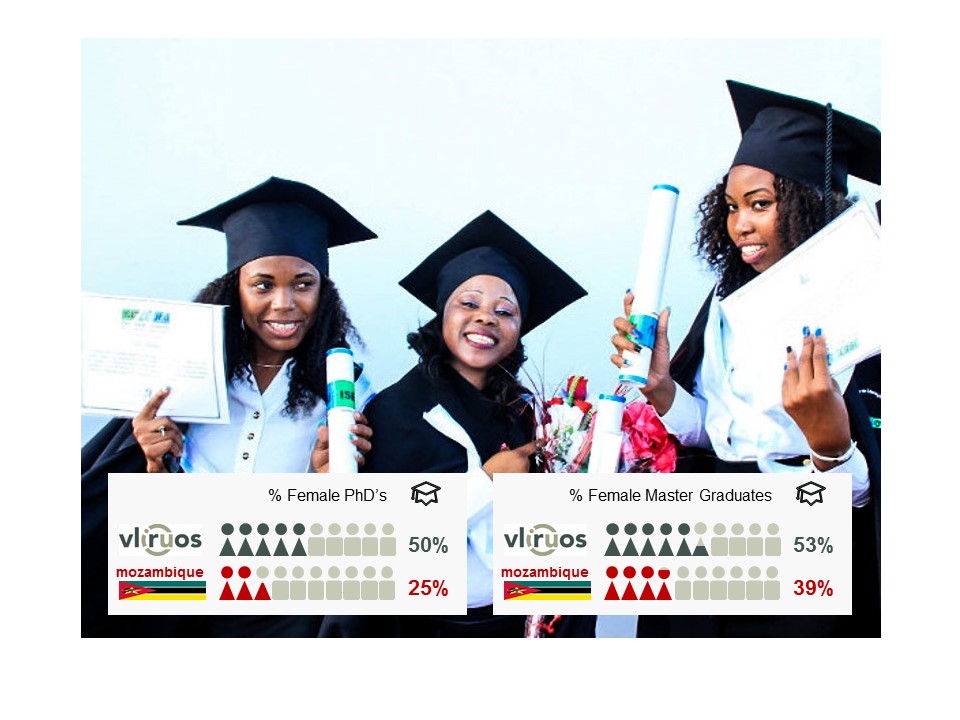 Beating the odds in Mozambique

Mozambique is one of the world’s poorest countries facing great social challenges in terms of social security, women’s rights and HIV/AIDS. The impact of child marriages and teenage pregnancy on the reality of this country, as in the rest of the world, is huge. A vicious cycle of poverty and lack of education is created as girls are being forced to marry from a very young age. Deprived of education and income-earning potential, they will be less empowered to support their children through school and protect them from child labour, child marriage and early pregnancy.

In terms of health, girls are often exposed to the risk of HIV/AIDS at a young age. According to UNAIDS data from 2018, more than two million of the country’s 29 million inhabitants are HIV infected. In addition, access to sexual and reproductive health information is often limited in remote areas.

Growing up in a province in Mozambique that is deeply affected by HIV/AIDS, Farida Mamad has definitely beaten the odds. This is her remarkable story, about how she stood up against the patriarchal culture in her country and contributed to raising awareness of women's rights in Mozambique and to building a gender equal world.

While all her friends were getting married and becoming a mother, Mamad did not choose the path of least resistance. But if it had not been for her mother, she would have suffered the same fate. “My mother always said ‘I’m not marrying off my girls. They will go to school and work in a bank’. For myself, I wanted to be a teacher at a very early age.”

This was far from evident, however. According to UNESCO estimates from 2014, only about 32% of all girls in Mozambique made it to the last grade of primary education. “Studying in Africa, in Mozambique, is not something for women,” Mamad conﬁrms. “Postponing having children is also not something women do around here. At one point, I was told to ‘go and have children’. But Mamad did not stop after primary school. 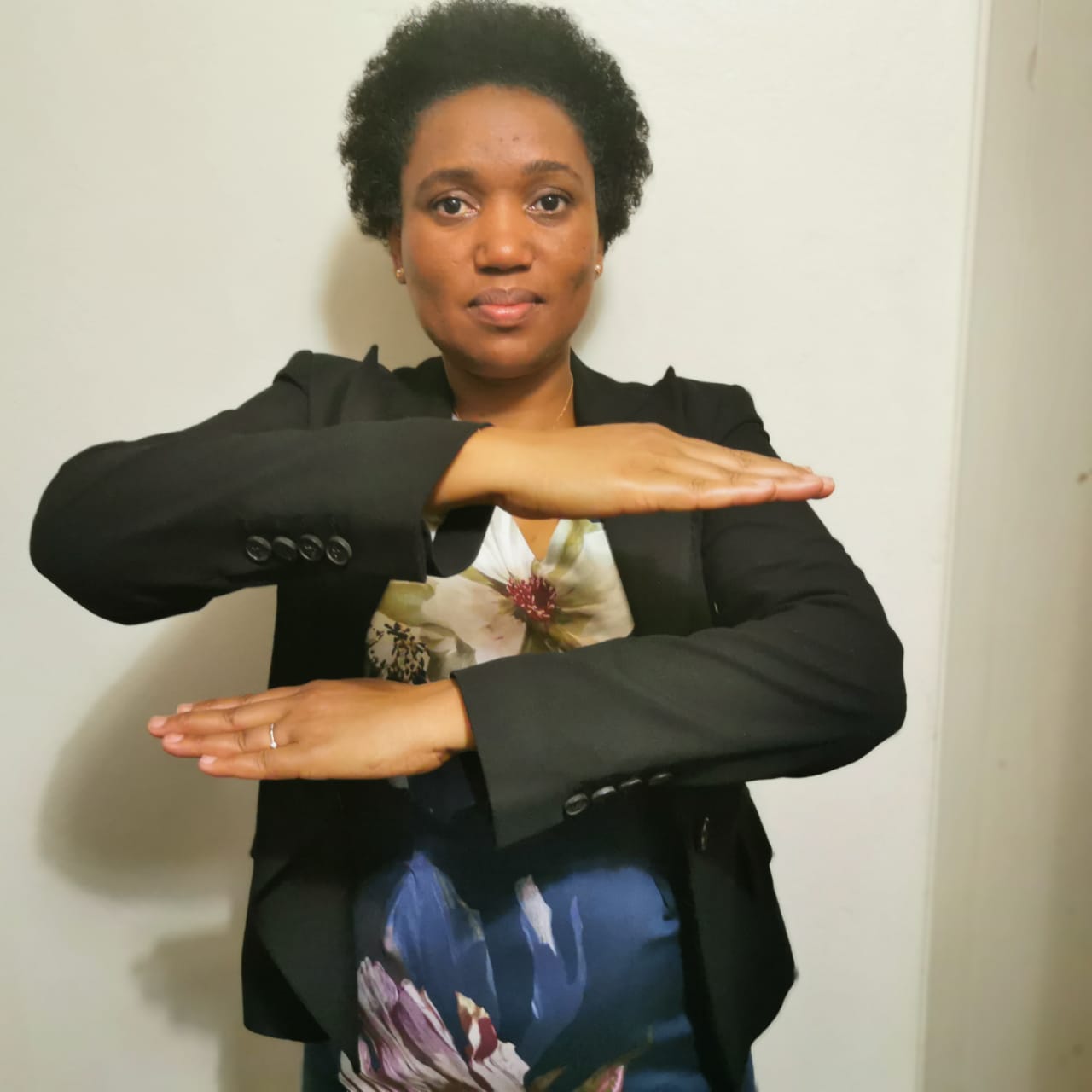 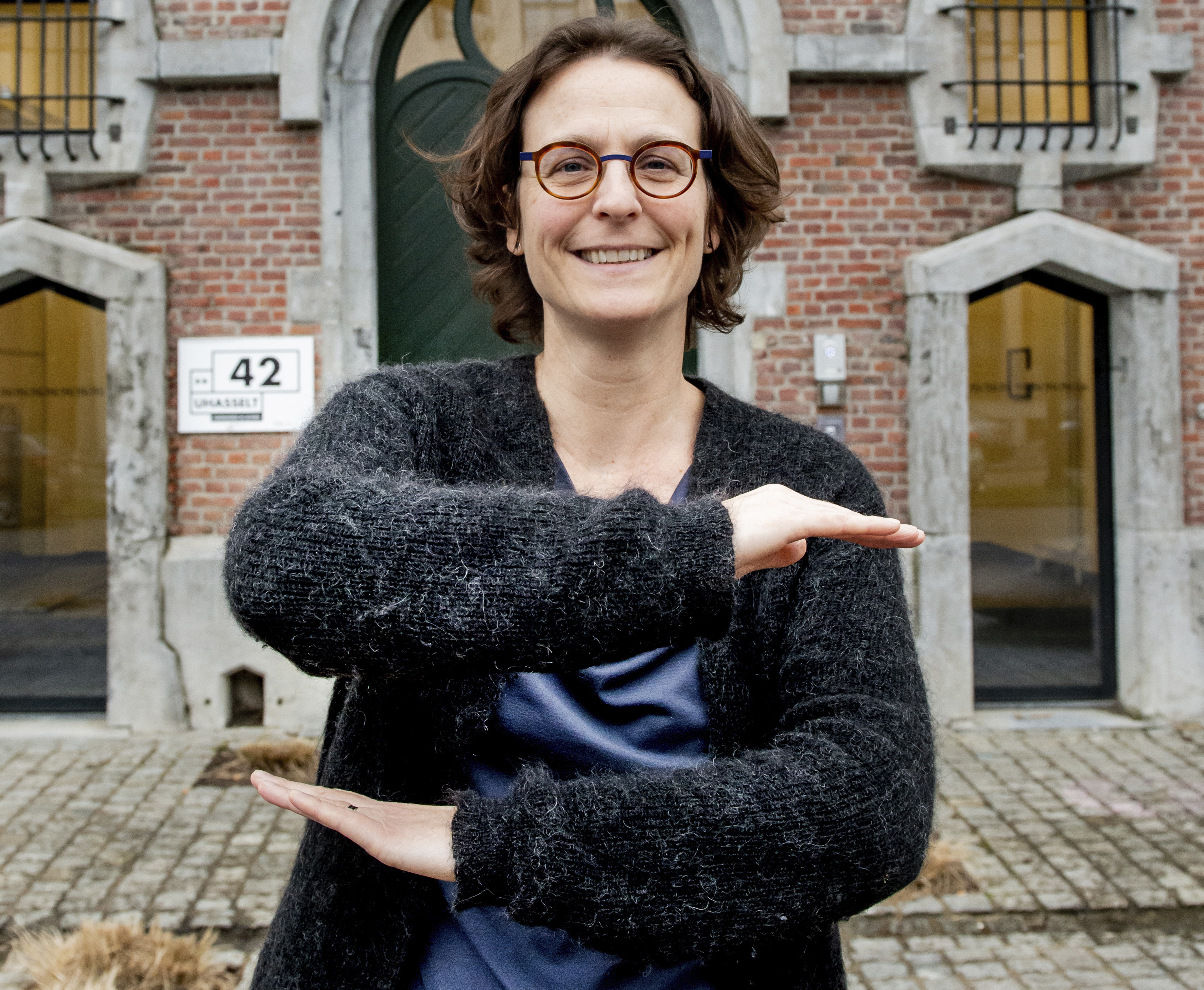 Changing lives together with the Desafio programme

Mamad finished her PhD in 2018 at Eduardo Mondlane University (UEM) as part of the Desafio project on social rights (‘Desafio’ is Portuguese for challenge). Her supervisor was Petra Foubert, professor at Hasselt University’s Faculty of Law. Mamad and Foubert joined forces in 2013, when Foubert was leading a project of the Desafio programme at UEM involving social rights and social protection in particular, with a speciﬁc focus on health rights and rights for people with HIV/AIDS. “I come from a province in Mozambique that is deeply affected by HIV/AIDS,” Mamad explains. “I have almost none of my childhood friends anymore, because nearly all of them have died from HIV/AIDS. Very early in my career as a lawyer, I wanted to specialise in HIV/AIDS.”

When the project started in 2008, there was no judicial enforcement of social rights, no higher education programme addressing these rights and no public pressure for implementation of the national strategy, due to a lack of good information. To address this need, the VLIR-UOS Desafio project was aimed at increasing expertise in this domain within UEM by establishing a Master programme in social law at the university and by training PhD candidates and Master students in this expertise.

Ten years after the start of the Master programme, about 60 professionals from a variety of backgrounds, such as civic organisations, NGOs and the private sector, have beneﬁted from the university’s Master programme in social law. The project has also had a substantial impact outside of the university. Collaboration with the Mozambican Platform of Social Protection has helped to create a centre for social rights. The research has also resulted in brochures and leaﬂets, which have been distributed throughout civil society in order to raise awareness on human rights and social protection with regard to  HIV/AIDS.

And that is how the idealism of two women with totally different backgrounds can lead to the improvement of the fate of many women – not only in Mozambique, but also in the rest of the world.

Today, Mamad is teaching at Eduardo Mondlane University (UEM) in Maputo. She says that education has made an incredible difference in shaping the person she is today. “I was a very shy girl when I was growing up, until I got good marks and was told that I could teach in the faculty. Education made me question everything that I had learned as a child. My life has changed. I’m more conﬁdent. I hope people like me can open a window of hope to other people.”

As of early April our publication on 20 years of impact will be released. From then on we will publish these impact stories also as individual stories on our website, Facebook and Twitter.